Showing posts from July, 2015
Show all

A Look at Hallock, MN 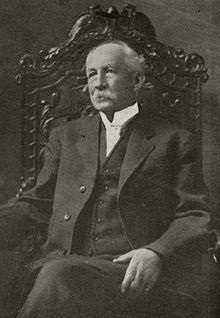 Hallock was founded by Charles Hallock, a man from New York City who came to hunt for many years. Charles Hallock founded the magazine “Field and Stream” and he considered the Northwest Corner of Minnesota to be a “Sportsmen’s Paradise.”

In his autobiography, "An Angler's Reminiscence," he wrote of this area, "bands of elk came within a few miles to town; once a moose ran directly through the village, past the post office; a black bear came up out of the bottoms to play with the school children at recess; a couple of pet bears were always kept on hand for the Swedes to practice boxing on."

Hallock is the county seat of Kittson County, which was organized in 1879. Kittson County is named after a fur trader named Norman W. Kittson.

Kittson County was once part of glacial Lake Agassiz. Evidence of this prehistoric lake can still be seen in the topography of the county today. Remna…
Post a Comment
Read more
More posts